While circadian rhythm is a daily fluctuation, circannual rhythm meaning “around the year,” plays a role in seasonal affective disorder (SAD) and seasonal weight gain. Rhythm desynchronization can be caused by external factors (e.g. trans-time zone flights) or internal (the older brain often loses its ability to stay on cycle.) Clock genes have been identified in humans. They influence an individual’s natural sleep pattern. Circadian rhythm sleep disorders are the loss of synchronization between internal and external rhythms of the sleep-wake cycle. People with non-synchronized circadian rhythms have difficulty sleeping at night, followed by extreme sleepiness during the day.

Decades ago chronobiology was of interest to medical researchers, especially in psychiatry. The interest faded due slow progress, but a new resurgence in the field appears to be happening among biologists. Scientific understanding of the human circadian system has increased greatly in recent years - some refer to it as a "clockwork explosion".

A person affected with this sleep disorder will sleep for normal amounts of time and have good sleep quality, but their sleep time is not synchronized with normal or desired times.

People affected with this sleep disorder will sleep and awaken either earlier or later each day; their sleep/wake pattern is very irregular.

A person with this sleep disorder will go to sleep late and awaken late, and is more common in adolescents. These people are unable to fall asleep even if they try; this results in excessive daytime sleepiness (EDS).

The delay of sleep onset is less than 3 hours from normal sleep time.

A person with this sleep disorder falls asleep early and rises early. This disorder is most common among the elderly. 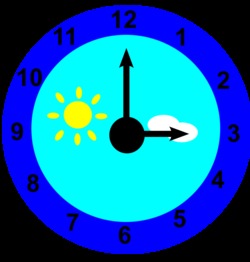 Better known as jet lag, this sleep disorder is the result of traveling across more than two time zones. Symptoms are worse when traveling east, which advances the sleep cycle; than when traveling west, which delays the sleep cycle. The best way to deal with jet lag is to try to adjust your sleep/wake schedule before you travel, but those who suffer often turn to melatonin.

The severity of SWSD is related to how often the changes occur, how large the changes are, and how many counterclockwise changes there are that advance your sleep schedule. The circadian rhythm becomes unsynchronized and is not allowed enough time to reset itself to the new sleep/wake time. Daytime sleep is short and unrefreshing, but insomnia occurs when trying to sleep. A sleep-debt builds up and the person is excessively tired and unable to remain alert while working at night.

People with Alzheimer's Disease often experience circadian abnormalities. Chronobiotics have been discussed as part of a treatment regimen.

Pain Control - not widely used yet, but there has been research into the use of chronobiological materials in control of pain. 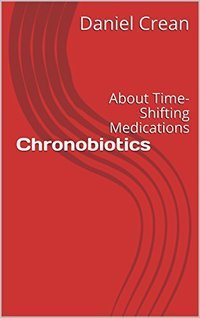